Picture from the archives of the Atlanta Journal Constitution 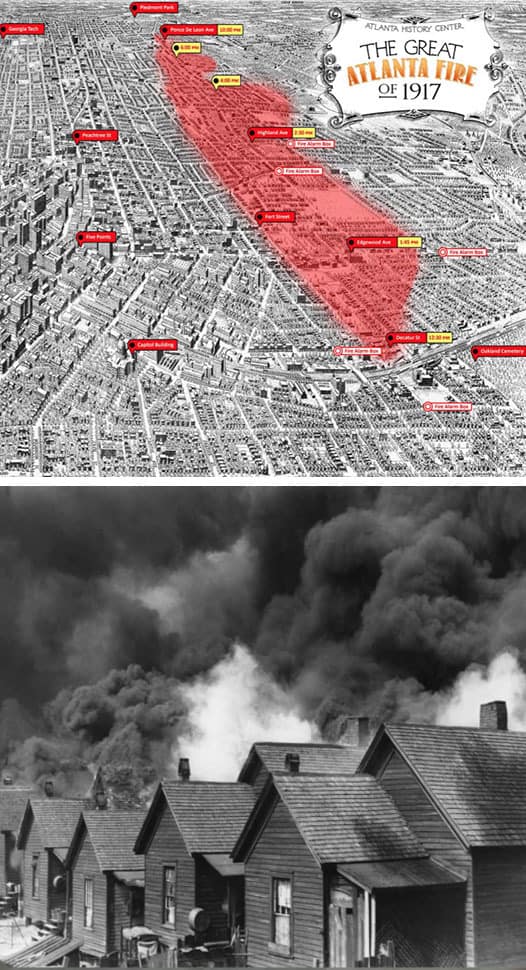 Both pictures above are from archives of the Atlanta History Center

The Great Atlanta fire of 1917 started just after noon on May 21, and had consumed some 200 acres–including nearly 2,000 homes–by the time it was extinguished that night. In the fire’s aftermath, farmers revitalized what was then the epicenter of the city by gathering to sell livestock and produce. Housed under a large tent, the open air market was an instant hit.

Wishing the market to have a more permanent home, the Atlanta Women’s Club launched a successful fundraising effort to erect a fireproof, brick structure that opened on May 1, 1924, under the name of the Municipal Market of Atlanta. The building was designed by A. Ten Eyck Brown.

Whereas blacks were permitted to shop inside of the market when its doors opened, they were relegated to vend outside along the curb. Transforming that segregated time in the market’s history, it is today affectionately called the Sweet Auburn Curb Market, a name that was adopted in the 1990s. The name also reflects the market’s proximity to Auburn Avenue, which in 1956 Fortune magazine called “the richest Negro Street in the world” and was dubbed “Sweet Auburn” in a nod to that prosperity. 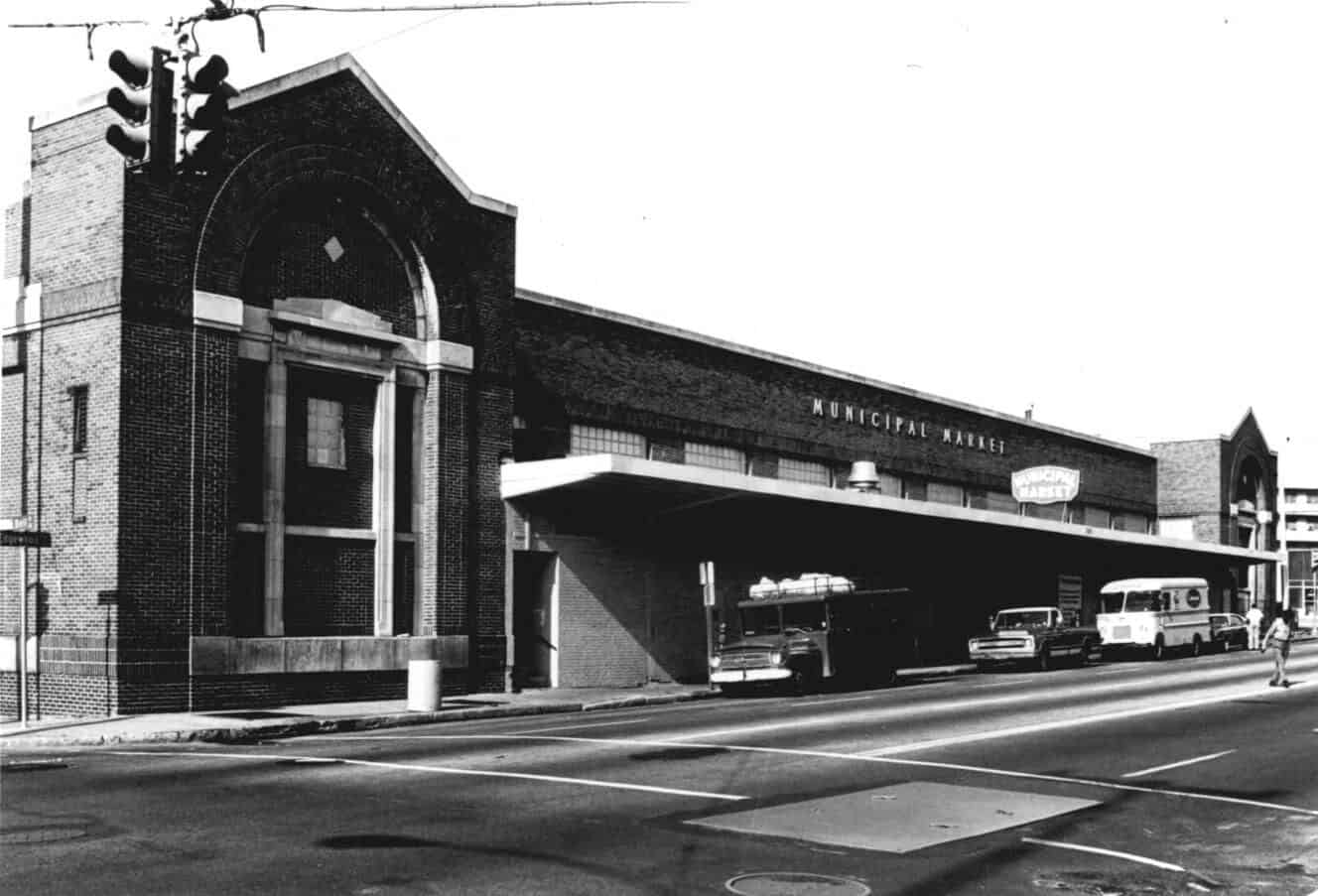