Bluegrass Flashmob is the brainchild of Trey Gibbs, Mandolin & Vocals of Smokey’s Farmland Band, and he is joined by the top bluegrass talent available. Not your Grandpappy’s bluegrass, but a darker-haired variety with way more fashion sense. Plenty of harmony and musicianship that you might expect, but with a crowd that knows a little somethin’ and has better dance moves.

My family’s American heritage starts and still largely resides in the southwestern portion of Virginia, same county where Ralph Stanley is from. I fooled around with a lot of styles and music interests before I came around to my roots and started playing bluegrass and Americana stuff in my early 20’s.

Not long after, around the time I had my first “real job” I was doing a good bit of picking with a guy in Rome, GA that ran a nice home studio with several nice vintage instruments. He owned the guitar at the time after having bought it at the venerable Gruhn Guitars in Nashville. Once I started playing it, he could tell faster than I could that it was the guitar I was meant to own, though he hadn’t intended to sell it. He let me buy it off of him in payments over the course of year — which was probably the only way I’d have gotten my hands on such a nice guitar at that stage in my life.

I tend to play in a way that’s pretty percussive, which I think sort of goes back to listening to a lot of Richie Havens when I was first teaching myself to play as a kid. Havens, as it happens, was a big fan of Guilds. So as bluegrass-type players go, I’m short on finesse and long on beating the hell out of a guitar, basically; hence the steady buildup of blood over the bridge.

The 70’s era guild dreadnoughts respond with a big low end and a loud, rich sound. They are also built like absolute tanks, which is great for me as one that would probably ruined a more delicate guitar of its caliber years ago. Guild is owned by fender now, and a few years ago reissued the D-50s for about three times what you can get a good vintage one for.

If anything ever happened to it, I’d be out looking for another 70’s era D-series just like it the next day. At this point I’d feel pretty lost in life without one of these to bang on. Smokey’s Farmland Band is based in Atlanta, but named after a 200-acre farm near the town of LaFayette in northwest Georgia. Smokey Caldwell’s farm is a rallying point for many of the cavers who explore the magnificent underground caverns of neighboring Pigeon Mountain and is a popular venue for music festivals. Smokey’s Farmland Band was formed in 2004 when friends who played music and camped out together on Smokey’s land decided to collaborate and further their music. Ian, Justin and Jared played enough music up there that folks on the farm started calling them Smokey’s Farmland Band [SFB]. 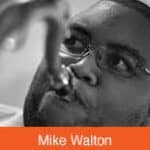