This week we will highlight Regina Berry from Country Meats

Regina Berry started working at The Municipal Market right out of high school and has been at the Market for 46 years.   She is now retiring after working at Country Meats with 3 different owners.  Regina will be leaving on May 25th but don’t worry, she will be returning as a part-time employee during busy hours.   She has raised 6 children during her 46 year tenure, 22 grandchildren, and 1 grandchild.   We will celebrate her accomplishments in the Market on Thursday, June 6th at 5p.   Come by and wish Regina well!   We will miss you!! 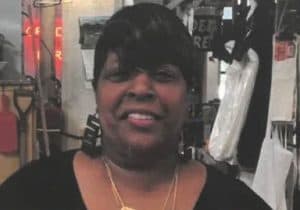 This week we will recognize Claud Thomas Todd affectionately known as Claud T who was an entrepreneur for over 65 years.   He turned a small produce truck into Claud Todd’s Produce Company.  His goal was always to expand his business into the Curb Market.   Unfortunately, this was not possible due to segregation laws.   After the Civil Rights Bill was passed, he achieved his goal and in late 1972, Claud became one of the first African Americans to own a produce business in the Curb Market.  He started with a small booth and a couple of years later, he expanded to two booths. 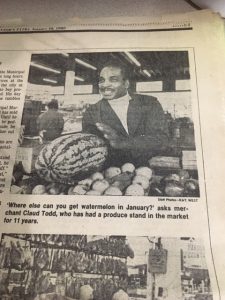 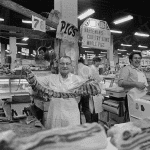 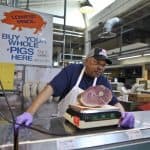