While scouring places for tea, Brandy decided she would MAKE what she wanted. Combining flavors from around the world that was pleasing to the palate while still keeping it light and interesting, just add honey tea company was born.

Her ingredients are all natural, pure, and easily recognized. Nothing is changed or altered. Her mission is to bring thoughtfully blended teas to your doorstep.

We are not the only ones that think the food is great at the Market or the Market is awesome. Many of our eateries have won many awards for their food and the Market has been recognized internationally. Here is a sampling of some “Best Of.”

YumDiggity was voted #1 Best Hot Dogs in Atlanta by Zagat. 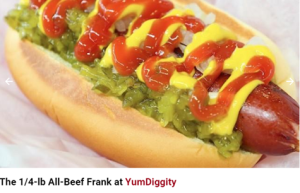 Sweet Auburn Barbque was voted one of The 10 Hottest BBQ Restaurants in Atlanta by Zagat. They were #3 on the list.

Panbury’s has been voted by: 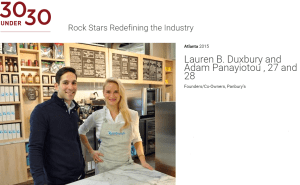 The Thrillist listed Arepa Mia in the The Atlanta Food Bucket List: 49 Things You Have to Eat Before You Die. 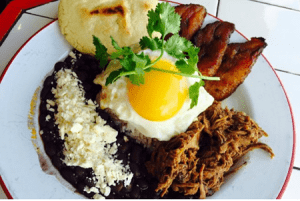 Bell Street Burritos was named one of the 10 Best Burritos in America by USA Today, and one of the 50 Best Restaurants in Atlanta by Atlanta Magazine. 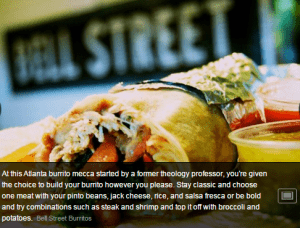 Currently Grindhouse Killer Burgers is rated the Best Burger in Downtown Atlanta by the AJC. The poll was conducted by customers and divided by neighborhoods. 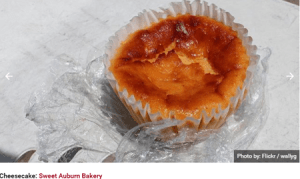 Rawesome Juicery is a local juice bar located in Sweet Auburn Curb Market where it adds healthy energy to the Markets. Here you can purchase wraps, juices and smoothies. Its juice is made in-house in the large open kitchen that allows customers to watch the employees prepare your food and smoothies.

The Sweet Auburn Curb Market has also been recognized.

Nunn Betta Skins
One of our regular Table Vendors  is Ronnie and Debbie Nunn, known as Nunn Betta Skins. They sell Pork and Chicken Skins. Nunn Betta is known for his Pork Skins. Ronnie Nunn has been cooking and selling Pork Skins for 8 years. Stop by the Market and let Nunn Betta flavor your Pork Skins, or purchase them plain. 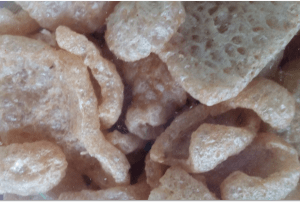 The short film speaks with a variety of people who grew up around the market and still frequent it, and about the market has changed, and how it remains the same.
After screening the documentary, filmmaker, Katie King will be joined on stage by Melissa Booth Hall, Assistant Director of Southern Foodways Alliance, and vendors from the Sweet Auburn Curb Market to discuss its importance to the city of Atlanta, past and present.

This program is presented in partnership with the Southern Foodways Alliance. 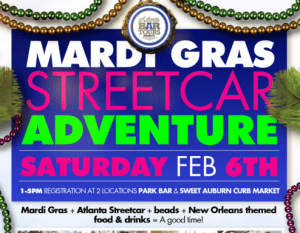 To stay connected to the event, go to Instagram and Twitter #MardiGrasStreetcarAdventure. For more info on the Atlanta Streetcar visit www.AtlantaStreetcar.com.

So far this year, we have hosted a birthday party for a group of four year olds, food demonstrations from GSU students, several business groups,  and a craft fair on MLK Day, and hosted guest chefs.

In February, we will be a host site for the Streetcar Mardi Gras Adventure on the 6th and the location for an after-hour event on the 13th. With ready access to the streetcar, it can be included if desired.

During market hours, we have a 1,000 sq. ft. space that can be reserved. After hours, the entire market is available. In April we will host a wedding reception for 200 people.

If you’re looking for something completely unique with a strong connection to history, consider the Municipal Market for your next event. 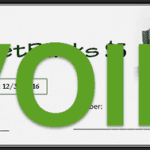 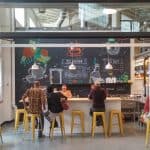